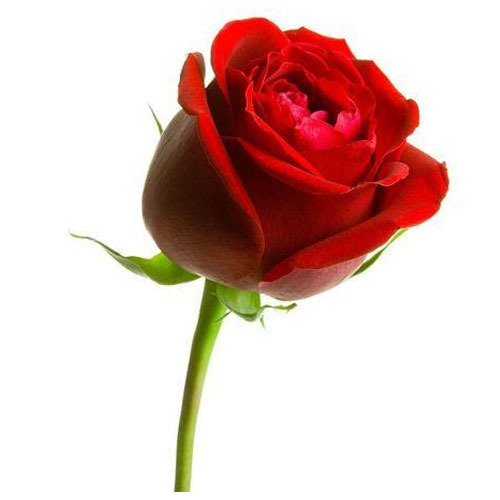 I have a confession to make.  Every Monday night, I sit down, open a bottle of wine, and watch The Bachelor.  My sister used to text me to ask what I was up to, and I would send her a picture of some food, wine, and The Bachelor on television in the background.  In fact, the picture of pizza on top of the Steve Connally’s Brain Facebook page is one of them.  She would laugh at me back then, but eventually she started joining me to watch.  Now we get together every week for the spectacle.

Obviously, you should not look to The Bachelor franchise for your morals and values.  Between drunken arguments, fantasy suites, and dramatic rose ceremonies where grown adults cry over a person they have spent less time with than their dentist, the show is the definition of a guilty pleasure.  This year, however, The Bachelorette has annoyed me with a recurring theme.  No, I’m not talking about the super woke firing of host Chris Harrison for having the gall to think that a 24-year-old girl should not be labeled a racist and cancelled from society for wearing a pretty dress to a party, although that is very annoying.  What I am talking about is a term that they have used over and over again to describe the current Bachelorette, Katie Thurston, throughout this season of The Bachelorette.  The term is “sex-positive.”

Both my sister and I noticed “sex-positive” being used multiple times in the first few episodes, to which I observed, “I think sex-positive is just the politically correct term for slutty.”  She said, “No.  I think you can be sex-positive and still have moral standards.”  I agreed that sex is definitely a positive thing within a certain framework, namely between a married husband and wife, but I doubt that is what they meant considering the progressive, secular slant of mainstream entertainment, and the fact that none of the people on the show are married.  So, I looked it up, and as usual, I was right.

The current definition of “sex-positive” not only lacks any moral standards other than consent, but it forbids them.  An article on healthline.com explains that sex-positivity “involves being nonjudgmental and respectful regarding the diversity of sexuality and gender expressions, as long as there is consent.”  It goes on to say that any morality attached to sex is “sex-negative,” including abstinence-only education, purity pacts, slut-shaming, and the “good girl” versus “bad girl” trope.  Another article on Yahoo even quotes Dr. Jess O’Reilly worrying that Bachelorette Katie’s definition of sex-positivity might not be inclusive enough.  She opines that, “some people claim to be sex-positive, but their definition of sex is narrow — they may not support and show reverence to sex workers, who provide essential services, for example.”  So, if you don’t think that prostitution is awesome, or if you think that a girl who wants to save herself for marriage is a good girl, you are considered sex-negative.

If you think as I do that there should be moral standards attached to sex, and for example, it is not a good idea to try to have sex with a bunch of people you just met on a television show, you will probably be accused of “slut-shaming.”  Don’t worry about it.  Shame is not a bad thing.  The Oxford Dictionary definition of “shame” is, “the feelings of sadness, embarrassment, and guilt that you have when you know that something you have done is wrong or stupid.”  What is the alternative?  Should we prefer that people feel happy and proud when they do something wrong or stupid?  No!  I feel shame for bad things I have done.  That is good.  The shame should make me want to correct those behaviors.   The definition of “shaming” as a verb is, “to make someone feel ashamed.”  I don’t see that as a bad thing.  Would it be wrong to shame someone for beating their girlfriend?  For stealing?  For rape?  Of course not.  They should feel ashamed.

Here’s the funny thing.  The people who say it is bad to shame someone constantly try to shame people they disagree with, including shaming people for shaming people.  Even worse, they shame people for doing what is right.  For example, while researching I came across an article ripping on The Bachelor for portraying Madison Prewitt, a contestant from last year, in a positive light.  Let’s see if you can guess why they did not like Madison with a multiple choice quiz.

B) She supports rocket attacks against Israel

C) She is a Christian and a virgin

Although it seems like A or B should draw more criticism, if you guessed C, you are correct.  Madison actually was disparaged for having good character and doing things the way God intended, because that is sex-negative.  (If Madi happens to be reading this, I’m single!)

On the other side of the coin, when season 11 Bachelorette Kaitlyn Bristowe had sex with Nick Viall on their first one-on-one date, “Bachelor Nation” went out of their way to show their approval.  Anybody who dared to question the wisdom or morality of the decision was denounced as a slut-shamer and a meanie.  Now, I actually liked Kaitlyn (not so much Nick), and nobody should bully her for doing what she did, but it was certainly wrong.  Saying so is not mean.  It’s just a fact.  God created sex for marriage.

People tend to think that God is cruel for giving us rules, but they are looking at it wrong.  God tells us how to do things to help us, not to be mean.  He is not saying, “I made some arbitrary rules to keep you from doing what you want.”  He is saying, “This is how I designed creation.  If you do things outside of that design it will lead to more harm than good.  I love you, so I’m telling you this to protect you from doing things that will hurt you.” 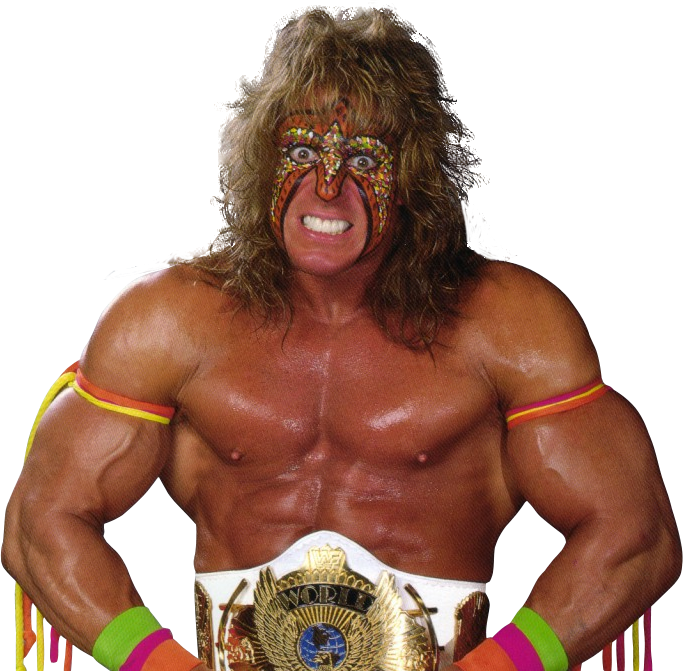 As a boy growing up in the ‘80s, you had to watch certain things on Saturday television to stay in the loop.  I distinctly remember going down to the playground in my apartment complex armed with the secret word from Pee Wee’s Playhouse so that I knew when to scream real loud.  Those boyhood gatherings would soon turn into a discussion of a far more serious Saturday television event: WWF wrestling.

“Dude!  Did you see Brutus ‘the Barber’ Beefcake cut that guy’s hair?”

“Did you see what happened on Piper’s Pit?  Hulk Hogan is gonna fight Andre the Giant!”

Recently, I have been nerding out on some WWF nostalgia.  I ran across an A&E Biography episode about “Rowdy” Roddy Piper a few weeks ago and I loved it.  It turns out that A&E is airing a bunch of WWF (now WWE) themed documentaries.  I made sure to catch the one about Andre the Giant when it came on because he is a legend.  I even watched one about Mick Foley, who was a little after my time but still very intriguing because he would let them beat him nearly to death for his craft.  A few days ago, I saw one about another legendary wrestler from my childhood, The Ultimate Warrior.

It followed the usual formula for a biographical documentary.  It talked about the Warrior’s youth, his meteoric rise to the top of the wrestling world, his struggles and fall from grace, and his untimely death.  Something stood out about this one, though.  In the section about his fall from grace, they first explained the real reason, which was the same as with almost every wrestler.  He started arguing with his boss, Vince McMahon.  However, they then spent a long segment on what they really saw as his ultimate sin.  The Ultimate Warrior came out as a conservative.

The Warrior (he legally had his name changed to Warrior in 1993) actually became a conservative blogger and speaker after his wrestling career.  The guests who were interviewed in the Biography episode wondered aloud if they could still admire the Warrior after learning about his unforgivable opinions.  At first, this made me roll my eyes in annoyance at the blatant double standard.  After all, had Warrior become a progressive pundit, would A&E have criticized him for it and painted him as a horrible person?  We all know the answer to that.

After a bit of thinking, though, I am glad that corporations, the media, and the entertainment industry continue to reveal their hatred for anybody who dares to disagree with them.  It chips away more and more at their credibility when people open their eyes to how intolerant those institutions are of anyone who doesn’t fall into line with their views.  Their obvious bias against conservatives alienates many who may not even be conservatives themselves, but don’t think people should be vilified for holding conservative values.  It certainly should make clear to conservatives that the mainstream culture has nothing but contempt for you and you have to stand up to them.

This contempt is not reserved only for celebrity conservatives like Warrior.  Remember, the left sees conservatives as “a basket of deplorables.”  You may not have the status to get as much attention as a famous person, but they still want to marginalize and silence you for taking conservative positions.  Just try questioning the security of our elections and see how long it takes social media sites to censor your posts.  If you have the audacity to say that homosexuality is not the ideal, which is one of the things they went after the Warrior for in the documentary, those on the left would attack you with a folding chair if they could get away with it.

Criminals who sneak across our borders illegally are A-okay with the left.  If protesters block traffic and throw bricks through the windows of businesses, the left will make excuses for them.  Publicly announce that you are no longer the gender that you really are and they will laud you for your courage.  Murder a baby in the womb and the left will praise your “choice.”  Those are all fine, but if you are found out to be a conservative, they think you should lose your livelihood, your reputation, and become an outcast from society.

The Ultimate Warrior was a flawed man.  He was apparently egotistical and did not get along with many of his fellow wrestlers.  Was Warrior the most articulate or tactful conservative speaker?  Of course not!  Would you expect him to be?  He’s the Ultimate Warrior, not William F. Buckley.  Was he perfect?  No, but he did defeat Mr. Perfect in the ring.  Was this article an excuse for me to take a trip down memory lane and watch old wrestling matches?  Absolutely, but we do need to call out double standards in our culture when we see them.  Do not let them silence you.  In this fight, we all need to be warriors. 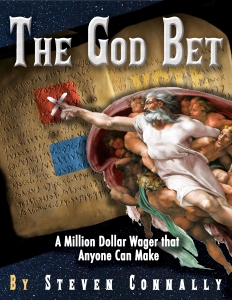